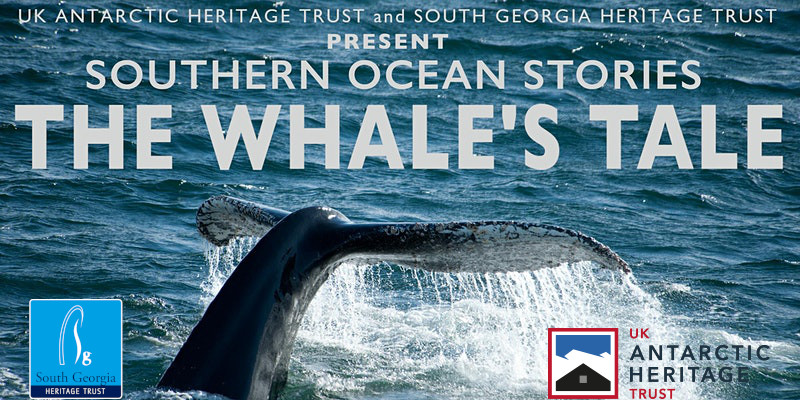 Together with the UK Antarctic Heritage Trust we were delighted to present an online event on 3rd March 2021, with three of the world’s experts in the study and conservation of whales in the Southern Ocean to discuss the history, science and current efforts to conserve these important species on our planet. These talks were followed by a lively Q&A.

This event was held in support of the important work of SGHT, FOSGI and UKAHT and all donations are gratefully received.

Make a donation to SGHT

Make a donation to FOSGI

Timestamp links directly to the video on YouTube and speaker details below are listed below.

This talk discusses the history of whaling in the Ross Sea in the context of earlier and later stages of Antarctic whaling as well as its importance for the geo-politics in the region. Professor in Economic History at The Norwegian School of Economics, Bergen. A main interest for many years has been the economic history of the Antarctic region, in particular the whaling industry. Bjørn has a long association with the island of South Georgia including being a trustee of SGHT.

A review of the legacy of modern whaling and the recovery of whale populations at South Georgia, highlighting some of the new scientific approaches we are using to study whales in the Southern Ocean. Dr Jennifer Jackson: Dr Jen Jackson is a senior research scientist at the British Antarctic Survey and is a biologist and geneticist by training. Since 2018 she has organised four research expeditions to study whales at South Georgia. https://www.facebook.com/SGwhale/​

This talk explores the recovery of the world’s largest whale population — that of the Southern Ocean — and how Antarctic travellers combined with AI technology are playing a key role in understanding evolving Antarctic whale population dynamics. Ted Cheeseman: Ted is a Phd candidate, at the Southern Cross University Marine Ecology Research Centre, and is co-founder, https://happywhale.com​ whale citizen science site. He has guided Antarctic expeditions for over twenty-five years, turning in the last five to focus on marine mammal conservation science.