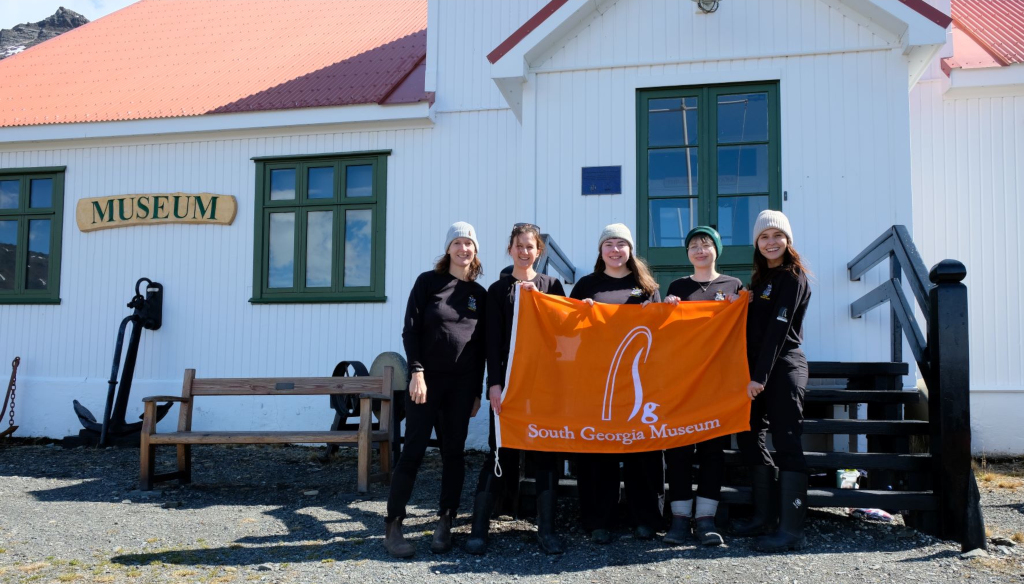 The Museum on South Georgia is fully open and offering all its services for the first time since its
early closure during 2019-20 season. It  was closed slightly early in March 2020 due to the
global pandemic, and remained closed the following summer and then a very small team
managed to partially operate the museum for part of last (2021-22) season.
Now an all-female team of five has headed down to the island from their UK homes. They will be
busy! The season ahead is expected to be the busiest ever, with 113 cruise ships booked to visit,
bringing around 15,000 visitors.
Museum Assistant Helen Balfour from the Shetland Islands (north Scotland) and had an especial
reason to want to work at South Georgia. Her two grandfathers and her great-grandfather had all
worked there as whalers.
Helen is looking forward to getting to know cruise ship passengers, “We’re expecting thousands of
visitors,” she said. “I think it’s going to be lovely.”
Read about the team
https://sgmuseum.gs/meet-the-team/
The museum team have just featured on this super, short (1 m 45s), feature on TV news in Scotland. We love it…have a quick watch…
Click here to view.
One of the first jobs on arrival was to unpack the Quest Crow’s Nest from its special shipping crate and put it
on display in the Shackleton’s Last Quest exhibition. 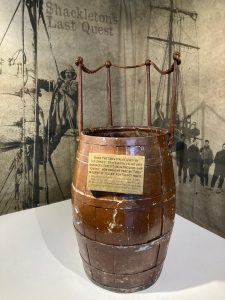 The Crow’s Nest, returns to the island for the first time since 1922. Along with the cabin in which Shackleton died, the Crow’s Nest is one of
only two sections of Shackleton’s last expedition ship Quest that still exist following the ships sinking
in 1962. The Crow’s Nest is on loan from the Crypt Museum, All Hallows by the Tower, London.
Read about the journey of the crow’s nest on the museum website here.
SGHT operates the South Georgia Museum on behalf of the Government of South Georgia & the
South Sandwich Islands.
Go to Top